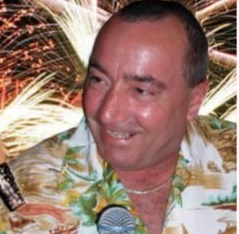 From Manchester, a master of quick wit and original material. Whatever the event, Brian Sharpe is a very funny and very popular comedian.

After Dinner Comedian – Stand Up Comedian

How Funny Can One Man Be?

Whatever the event, Brian Sharpe is a very funny and very popular comedian.

From Manchester, a master of quick wit and original material.

Brian Sharpe has been a comedian for over ten years, working in almost any environment from pubs and clubs, up to more recently, theatres and hotels. A fairly laid back approach, he is noted for his quick fire wit wherever necessary, and is suited to almost any situation put in front of him.

To list the awards that Brian Sharpe has won would take too long – except to say that he has been voted “Best Comedian” all over the North of England over numerous years, and has appeared on several Command shows.

Brian Sharpe has a varied application of his talents across the board. He has supported such legends as The Drifters and The Hollies, and is an experienced and amusing after dinner speaker. He has worked with many sporting celebrities including Ian St John, Tommy Docherty, Alex Murphy OBE and Emlyn Hughes MBE to name a few.

He has acquired the ability to make people laugh without the need to use bad language. Yet in complete contrast, he is also recognized as one of the finest adult comedians in the country, with his ability to destroy hecklers and hit the staggiest of audiences – hard! 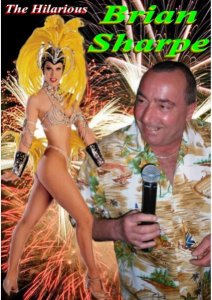