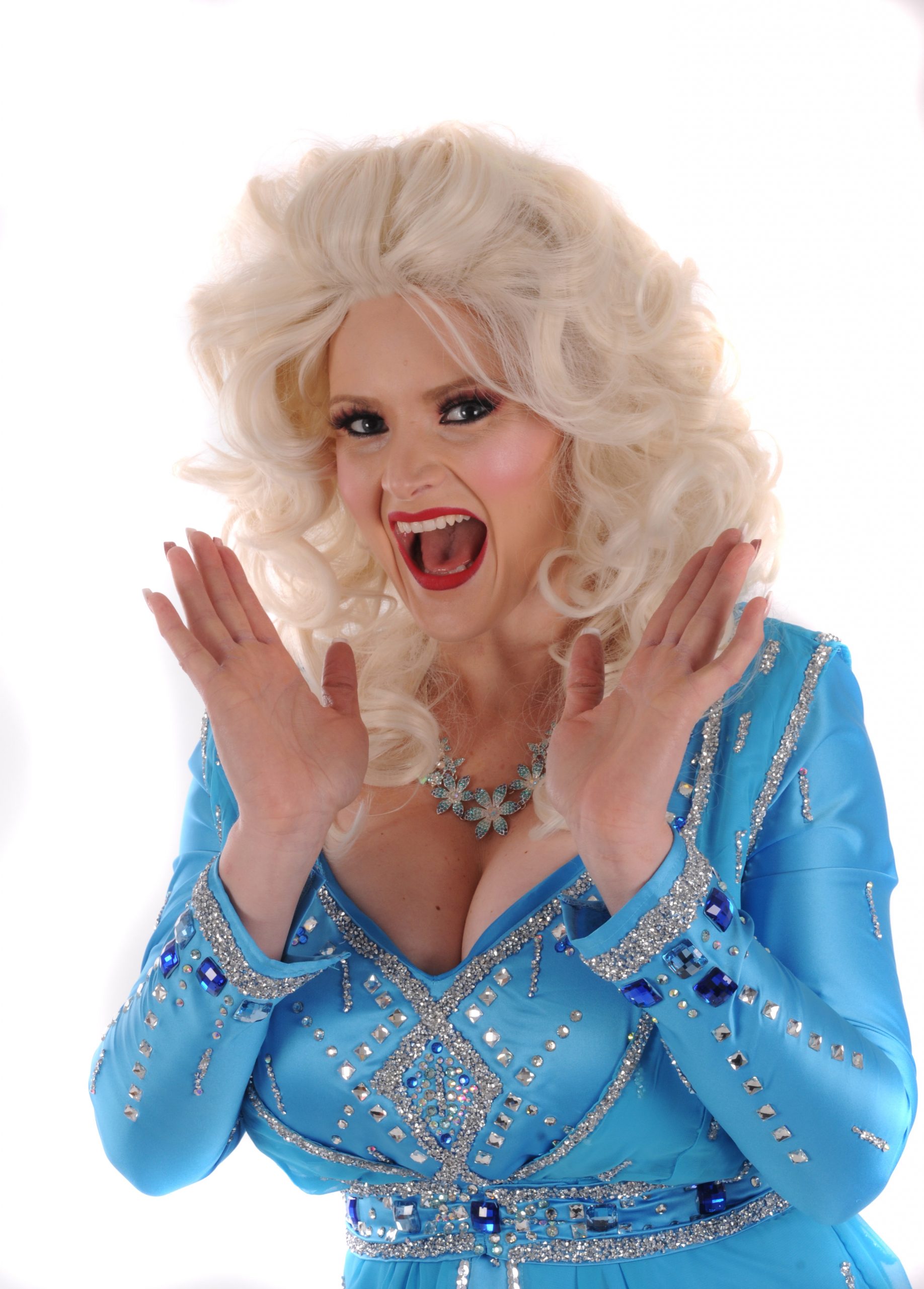 Katie Marie has an unbelievable natural Country Music voice that uncannily sound like the legend Dolly Parton without any effort.

This sensational show which celebrates the most honoured Country Music star of all time will have you on your feet dancing, slapping your thighs and singing loud and proud to all of Dolly’s biggest hits!

Katie Marie as a Dolly Parton tribute has the look and the charm, as well as that crisp country sound, the perfect tone and angelic vocals of the Tennessee based megastar. With years of experience and still only in her early 30’s she has the look of a young Dolly Parton but has the whispy and unique vocal tone of a more mature Dolly. She is blessed with a natural vibrato and that country ’twang’ which means she has the perfect voice for performing Dolly’s songs.

Katie has been perfecting her tribute to Dolly Parton for over 15 years performing at events and venues including Country music festivals, holidays resorts, corporate events, LGBT prides, cruise ships and theatres. She has been fortunate enough to travel the world performing her shows all over the UK, in Europe and the USA.

Whatever the event, this Dolly Parton tribute show will immerse an audience and have them talking about Katie’s likeness, physically and vocally, to the country legend. The tribute solo artist’s show consists of an hour of Dolly Parton hits including ‘I Will Always Love You, ‘Jolene’, ‘Islands in the Stream’ and the show-stopping ‘9 to 5’. Alternatively, you could have one 45 minute set of tribute followed by 45 minutes of Country or cabaret.

This show is packed with glitz and glam, replica outfits and masses of hair! If you’re lucky enough she might even ‘whip out’ her guitar for an extra little Country treat. Yeeehawwww!

This Dolly Parton Tribute Act is available with a full live band!

Dolly Parton & the Moonshine Runners are available for bookings for larger venues and events. 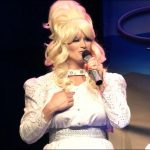 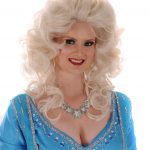 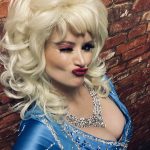 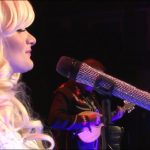 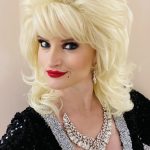 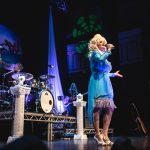 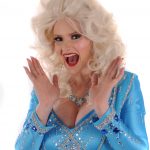 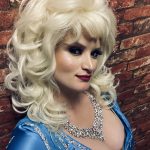 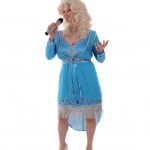 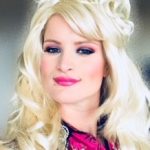 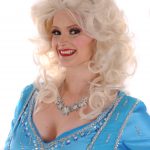 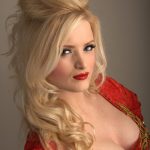 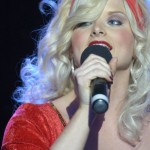 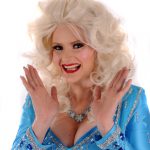 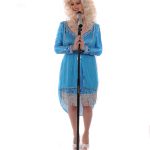 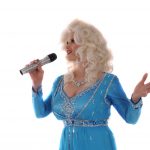 Dolly Parton Tribute Act Review: Published Wednesday 21 January 2009 at 12:05 by Mark Ritchie The Stage Hitting the tribute trail running was the only Dolly Parton tribute singer I have come across on my showcase travels, Kate Marie. The qualifications for pulling this tribute off successfully would seem to be a broad Southern belle-style American drawl, flowing blonde locks and a couple of other rather more obvious prerequisites. With all the list intact, it would seem that anyone looking in the direction of a country music tribute could do worse.
Mark Ritchie - The Stage

Katie Marie is the youngest and prettiest Dolly Parton Tribute in the UK. Katie has the vocal ability and natural looks and features of the real Dolly Parton.

Katie Marie has an unbelievable natural Country Music voice that uncannily sounds like the legend Dolly Parton without any effort.

Katie Marie has been singing in cabaret venues throughout the North West of England since 2006.
In 2007 she put together a country music show concentrating on female country legends that had managed to hit the mainstream popular charts.

In 2008 her new Dolly Parton Tribute show hit the venues to great acclaim.
With all the assets of Dolly Parton, both vocally and visually, Katie Marie has a big future in the country music entertainment and tribute industry.