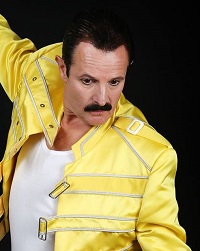 Billy West is amongst Europes elite Freddie Mercury Impersonators. Billy West's tribute to the frontman of Queen the world's greatest ever rock band is sure to please the most discerning audience.

Freddie Mercury Tribute Act – Billy West is amongst Europes elite Freddie Mercury Impersonators. Billy West’s tribute to the frontman of Queen the world’s greatest ever rock band is sure to please the most discerning audience.

His vibrant vocals and doppelgänger stage presence with his unique sense of theatre and timing has resulted in a superb visual performance. With sensational music and a high energy show full of power and passion he aims to please.

For first class, unmissable entertainment resulting in an evening of fun and cabaret there can only be one tribute artist that delivers such an unforgettable performance and that is Billy West as Freddie Mercury! 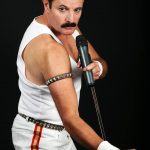 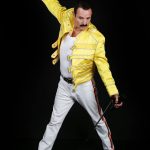 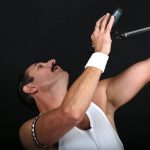 Billy is also available with his Queen tribute band – Qween 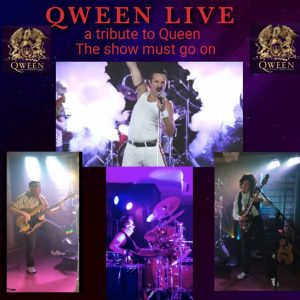 Billy West has had 30 years experience singing in rock bands and showbands. Comments about his uncanny resemblance to Freddie Mercury gave him the opportunity to develop a unique talent.

Starting out as a solo tribute artist was seen by many as a gamble, but was one that Billy was willing to take. This gamble paid off and 20 years later with nearly 3500 performances to his credit Billy has built up a reputation and following as the best Freddie Mercury in the business.

His voice is extremely powerful and crystal clear. Billy prides himself on being the only artist to sing the songs in copy key.

Billy has performed at many venues throughout the UK and Europe, these include, coporate entertainments, college venues, open air events, hotels, nightclubs, clubs and themed nights in pubs.

“Billy raised over ?800 for our charity night
There is only one Freddie Mercury and Billy
West reincarnates him what a show what a fantastic night”
Anna Walker – Borders multiple sclerosis society

“Billy West has performed at a few of our hotels. He puts on a fantastic show and our guests are always well entertained and pleased”
Manager – Marriot Hotel Group

“We have used Billy a few times he always puts on a great show. His performance as Freddie Mercury is nothing short of outstanding”
Manager – Hilton Hotel Group

“We had Billy perform for us and what an incredible show. Billy looks like Freddie without his costumes so when he came on stage we really thought it was Freddie Mercury.”
Scottish Gas Managers Party – Heriot Watt University

“Billy performed for us at our excellence awards ceremony. What a fantastic night we hold these awards regularly and billy was by far the best artist we have had what a voice and what a performer”
Ruth Allen – Scottish executive

“Billy has played at the Tavern for the past 4 years. He always does our local herring queen festival and year after year it just gets better and busier.”
Douglas Stewart – The Tavern Bar Eyemouth

“Billy performed at Kilyrmont School as part of a charity night we raised ?3000 for Gibson House Billy was absolutely fantastic as Freddie Mercury and did the great man proud all our tickets sold out and everyone thoroughly enjoyed the show billy you are some performer and would recommend anyone looking for a freddie to book billy west”
Ian Donaldson – St Andrews