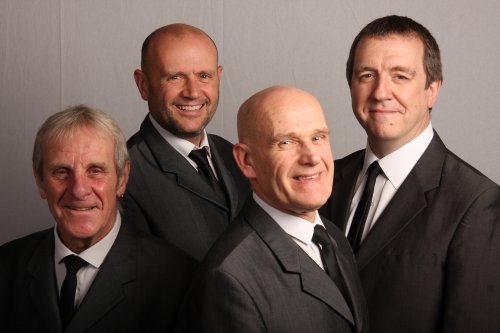 Soul Amigos - The Kings of Soul and Motown music give you a dynamic and pulsating Soul & Motown show!

Soul Amigos – The Kings of Soul and Motown music give you a dynamic and pulsating Soul & Motown show!

Lead singer Menphis Stu fronts this smaller band that still give you all the punch and musical profesionalism at a more economical price of a 10 piece band.

Soul Amigos comprises of 4 members of the famous “Stax Of Soul” band, that finally split at the end of 2011 after 27 years, and includes most importantly, the effervescent front man and lead vocalist “Memphis Soul Stu”. Don (one of the founders of “Stax of Soul”), and the guitarist Darren are the other two Stax musicians, along with bass player, Pete.

Stu, Don and Darren did not want to stop playing after their band’s split, so formed Soul Amigos along with Pete to continue playing some of the greatest music of all time…..Soul, Motown, Stax, Northern Soul, Disco and much more.

Soul Amigos are a 4 piece functions and party band based in the North West of England, playing Soul, Motown, Stax, Northern Soul, Disco music and much more.
Featuring lead vocals & 3 part backing vocals, guitar, bass, and keyboards/drum tracks, performing an extensive range of music from the era of soul, Motown & Stax to keep you and your guests on the dance floor.
If you want to ensure that your wedding, function or party has your guests dancing all night, then Soul Amigos is the band for you. 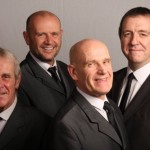 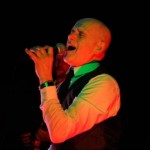 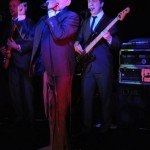 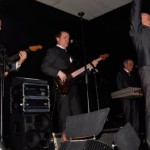 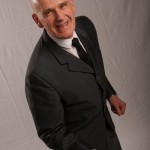 A-Z by Song Title
634-5789 (Soulsville, U.S.A.) - Wilson Pickett
All Or Nothing - Small Faces
At The Top Of The Stairs - The Formations
Baby Now That I've Found You - The Foundations
Be Young, Be Foolish, Be Happy - The Tams
Build Me Up Buttercup - The Foundations
Celebration - Kool & The Gang
Disco Inferno - The Trammps
Do I Love You (Indeed I Do) - Frank Wilson
Do You Love Me - The Contours
Hard To Handle - Otis Redding
Hernando's Hideaway - David Clayton Thomas
Hold Back The Night - The Trammps
Hold On! I'm Comin' - Sam & Dave
I'm Doing Fine Now - New York City
Knock On Wood - Eddie Floyd
Long After Tonight Is All Over - Jimmy Radcliffe
Love Man - Otis Redding
Love Really Hurts Without You - Billy Ocean
Love Train - The O'Jays
Mess Around - Ray Charles
Ms. Grace - The Tymes
My Girl - The Temptations
One Minute Every Hour - John Miles
Out on the Floor - Dobie Gray
Red Light Spells Danger - Billy Ocean
Save The Last Dance For Me - The Drifters
Seven Days Too Long - Chuck Woods
Sha La La La Lee - Small Faces
Stand By Me - Ben E. King
The 'In' Crowd - Dobie Gray
The Letter - Joe Cocker
The Snake - Al Wilson
This Old Heart Of Mine (Is Weak for You) - The Isley Brothers
Tracks Of My Tears - The Miracles
Treat Her Right - Roy Head
Twenty-Five Miles - Edwin Starr
Who's Making Love - Johnnie Taylor
With This Ring - The Platters
Zing! Went The Strings Of My Heart - The Trammps